TaylorMade M6 Driver Review: How Does It Compare to the TaylorMade M5 Driver? 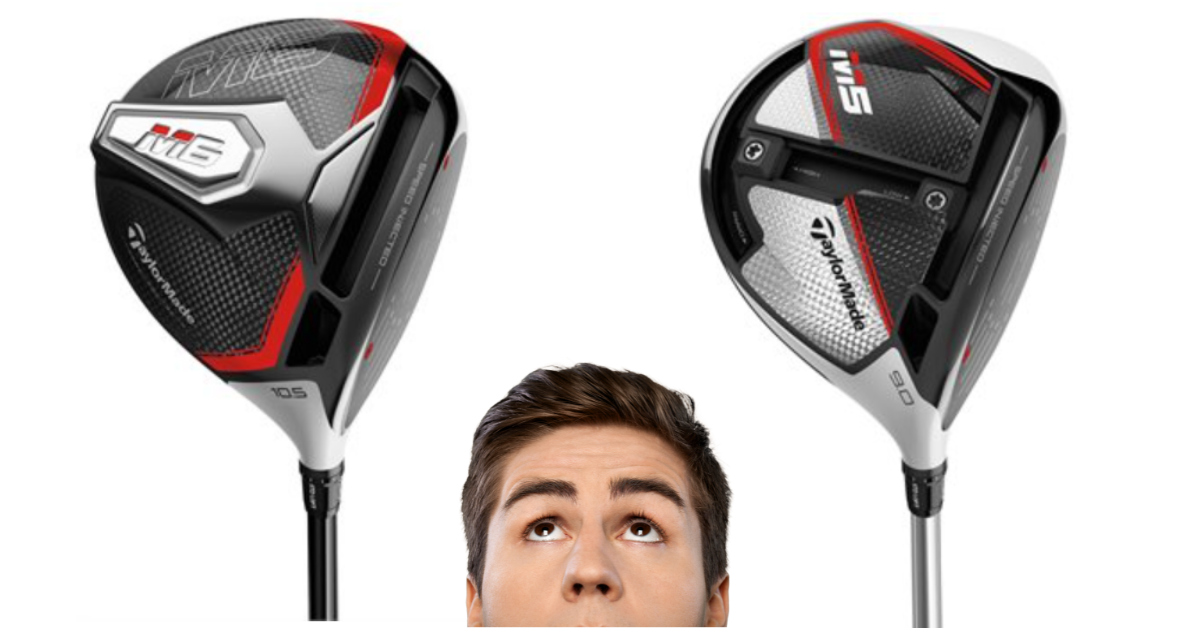 Here are the main pros and cons highlighted below of the TaylorMade M6 driver vs TaylorMade M5 drive.

Looking into buying TaylorMade’s M6 driver but not sure how it compares to the M5?

Then you’ve come to the right place.

In this TaylorMade M6 driver review, we’ll take a look at what is unique about the M6 driver, as well as highlight some key differences between this model and its predecessors.

By the end of this review, you should have a good idea of whether or this driver is the right club for you or if you might be better off with something else.

Let’s dive into it.

What Is The Difference Between The TaylorMade M5 and Taylormade M6 Driver?

Both the Taylormade M5 and M6 drivers have similar core performance technologies, which include speed injected twist face and a hammerhead 2.0 slot.

However, the M6 has optimized aerodynamics and forgiveness by getting rid of the “T-track” on the M5 and replacing it with what’s called their Inertia Generator. This added feature helps make the club more forgiving by storing more weight low and back compared to the M5, resulting in the M6 to produce shots that are higher in launch with lower spin.

As you might already know, a higher launch with a lower spin typically translates to straighter shots. This makes the club great for any player that’s looking for a bit of help with fixing their hooks and slices.

What Are The Features and How Do They Compare?

The M6 and M5 feature Speed Injected Twist Face technology, which was also found on the M3 and M4 drivers but with further advances made.

Most drivers today are made with its COR (coefficient of restitution) set just below the legal speed limit of 0.83. This was a rule set by the governing bodies for golf that limits the amount of energy transfer from the clubhead to the ball on impact.

But unlike most other drivers on the market, the M6 and M5 are made using a different approach in order to achieve maximum ball and clubhead speeds.

Rather than making the M6 and M5 so that it falls just below the max COR limit, both drivers are actually first created so that it can meet and exceed the max COR value. That means it’s actually an illegal club when it first comes off the production line.

Its face then gets injected with a special resin (through the two red screws on the clubface), which is used for dialing it back to meet legal speed regulations.

The end result is a club that’s very efficient at delivering max speed on impact, which translates to more distance and longer drives off the tee.

The Inertia Generator is a component of the sole design that was added to enhance aerodynamics and help deliver more clubhead speed.

CG is lower and pulled further back on the M6 thanks to the 46g Inertia Generator. As a result of this weight redistribution, you get lower spin but also increased launch and forgiveness.

Compared to the M4 the M6 is made with 54% more carbon, which allowed TM to play around with its weight settings and enhance performance on the M6.

The Hammerhead Slot 2.0, also known as the Speed Pocket, is located just behind the face.

According to TM, this change along with its Speed Injected Twice Face will help to preserve ball speed on off-centre hits, as well as enhance distance and forgiveness.

Overall Reviews At a Glance

How Does It Perform?

This category rating will depend on what you’re upgrading from. Players upgrading from an older club that’s 5 to 10 years old will likely see significant improvements. I have seen several reviews from players that said they gained 20-30 yards off the tee when they upgraded to the Taylormade M6 driver from their older clubs.

However, if you are planning on upgrading from the Taylormade M3 or M4 drivers then the gains might not be as significant. You could potentially see improvements between 5-10 yards.

On the other hand, more experienced players with faster swing speeds might be able to get more distance out of the M5. Using the two movable weights on the T-Track, players can calibrate the clubhead to achieve optimal spin and launch conditions for maximum distances.

The Taylormade M6 driver is designed for maximum forgiveness so this is perfect for golfers that have a tendency of mis-hitting the ball off-center.

It is naturally more forgiving compared to the M5, which is expected since TaylorMade’s M5 driver caters more to players looking for customization and performance over forgiveness

Overall, players seem quite happy with how the M6 performs. Many have commented that it has helped improve their results and noticed significant differences in carry and overall distance gained off the tee from being able to hit straighter shots

That said, remember that this isn’t a cure-all solution for a bad swing. Keep in mind that your swing path is just as important as what’s going on with your clubface upon impact. You’ll want to optimize both areas if you want to see significant improvements to your game (but a solid driver can help).

On average the M6 will produce a higher ball trajectory compared to the M5. The good thing is that there is an adjustable sleeve on the M6 for you to play with, which can be helpful for shaping shots.

That said, if you are looking for tour-level precision and the ability to manipulate shots then the M6 may not be the best option for you since it is tailored more towards your average players.

Overall, the TaylorMade M6 driver is a solid well-rounded driver. If you are looking for a club that’s easy to hit and packs a punch then this might be perfect for you.

It is a definite improvement from its predecessors and it comes at a more cost-effective price point than its M5 alternative. Personally, I would recommend this for beginners and mid-high handicappers since shot shaping is likely not as important.

That said, if you do prefer the flexibility to tweak your driver then the M5 is a solid option as well. You really can’t go wrong with either one.

Lastly, if you’re a beginner player and want a faster way of getting a straight shot then I’d recommend also checking out our recommendations on the best golf ball for a slice. These golf balls are great for players that tend to hit the ball on the heel of their clubface, and can definitely help with producing a straighter shot. 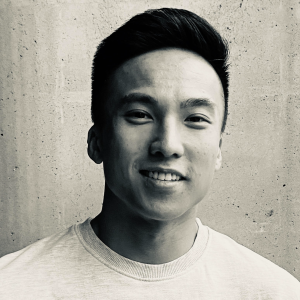 Check out our latest reviews and buyers guides of the best golf equipment, gear and training aids on the market. We do extensive research and testing so that you don’t have to. Hope you enjoy reading! 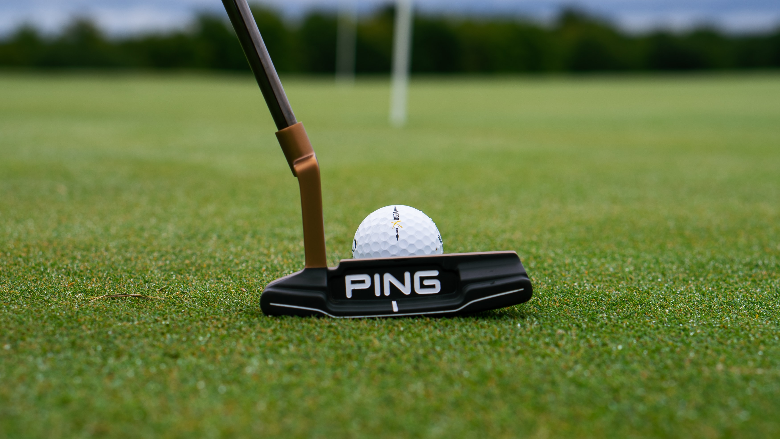